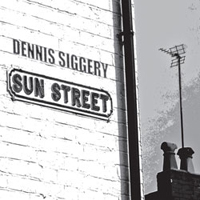 This album was never planned. I wanted to write some new songs to include on a box set to celebrate 20 years back in music. But the songs just kept coming, so Neil and I decided to make a new album!


Here it is, called ‘Sun Street’, named after the street where I was born. My dad and his family lived in the same house. The songs are based on my life as a kid living in the east end of Reading, and are about my family, my life as a mod in the sixties, and the clubs, the women and all those good times.


It’s not based on any one music genre. The songs have bits of soul, rock, blues & pop. I tried to capture the mood of the times in the music.


Yes, I love this album. It was never planned - it just evolved. And you can buy it now - in high quality Digipak packaging!


Check out the video for the track "Run With The Wind" - scroll down for more videos...

* Non-UK customers can order direct from us - see CONTACT page for details.


"Dennis Siggery is a UK guitarist and songwriter with over two decades of experience and around over twenty previous releases under his belt. Here, he has a reflective glance back over his shoulder to his days as a youthful mod in Reading. It comes as little surprise with this background that Siggery has strong hints of many of the slicker, old UK 80s punk-rockers in his sights and sound, with suggestions of the likes of the evergreen Paul Weller evident in the mix.

With all nine-tracks written by Siggery, he successfully blends blues, rock, roots, soul and even pop music without ever being trapped in any one single genre. Whether that’s a successful blend, is up to the individual listener to decide. I, for one, reckon he pulls off the balancing act with clear quality and ability, making this an album worth considering for sure.

Siggery describes the album as having come about by evolution, rather than deliberate clinical planning, and is joined by some of his oldest musical buddies, Neil Sadler on guitars, keys and backing vocals; Ed Sterling on bass, and Matt Edwards on drums. As the frontman of the Eric Street Band, Siggery brings a worthy talent and bags of exited experience to the project, giving the album an overall rounded quality that compliments his gritty vocal delivery perfectly." 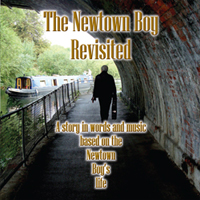 This a concept album based on my life as the Newtown Boy. I was born in a working class area in East Reading. I married a middle class girl from the posh village of Sonning and my life changed. I became a sales director for a local removal company, had a five-bedroom house and sent my children to private schools. But I woke up one day, turned my back on my life and went back to my roots.


The story is based on my life with my ex-wife and all the women that came after. It’s not a true reflection but close to how it was. I hope you enjoy the stories. Some of the songs are new, some I recorded way back in my rock days, but they have been revisited.

* Non-UK customers can order direct from us - see CONTACT page for details.

"The Newtown Song" from the SUN STREET album...


"Don't Give Me A Reason" from the SUN STREET album...